The bleaching continues. Coupled with the prospect of the extinction of the half of the species this century, the future is bleak at best.

Marine biologists confirm that the bleaching can be seen off the coast of Cairns and just looking at the images of the bleaching happening was not enough for me. I had to see it for myself.

I was on a trip from Ireland to Cairns, Australia. Because most of my attention was turned to the voyage and preparations for it, I was having difficulties focusing on writing. Hence this article comes now.

What little I could see in the beginning of March this year unfortunately proved to be in accordance with the articles I'm referencing. The bleaching effect by my personal estimate is somewhat around 65% at best where we were (Hastings Reef: -16.5163312; 145.9873392). The reef is a spectacular sight to see, but a sad one, considering the situation. 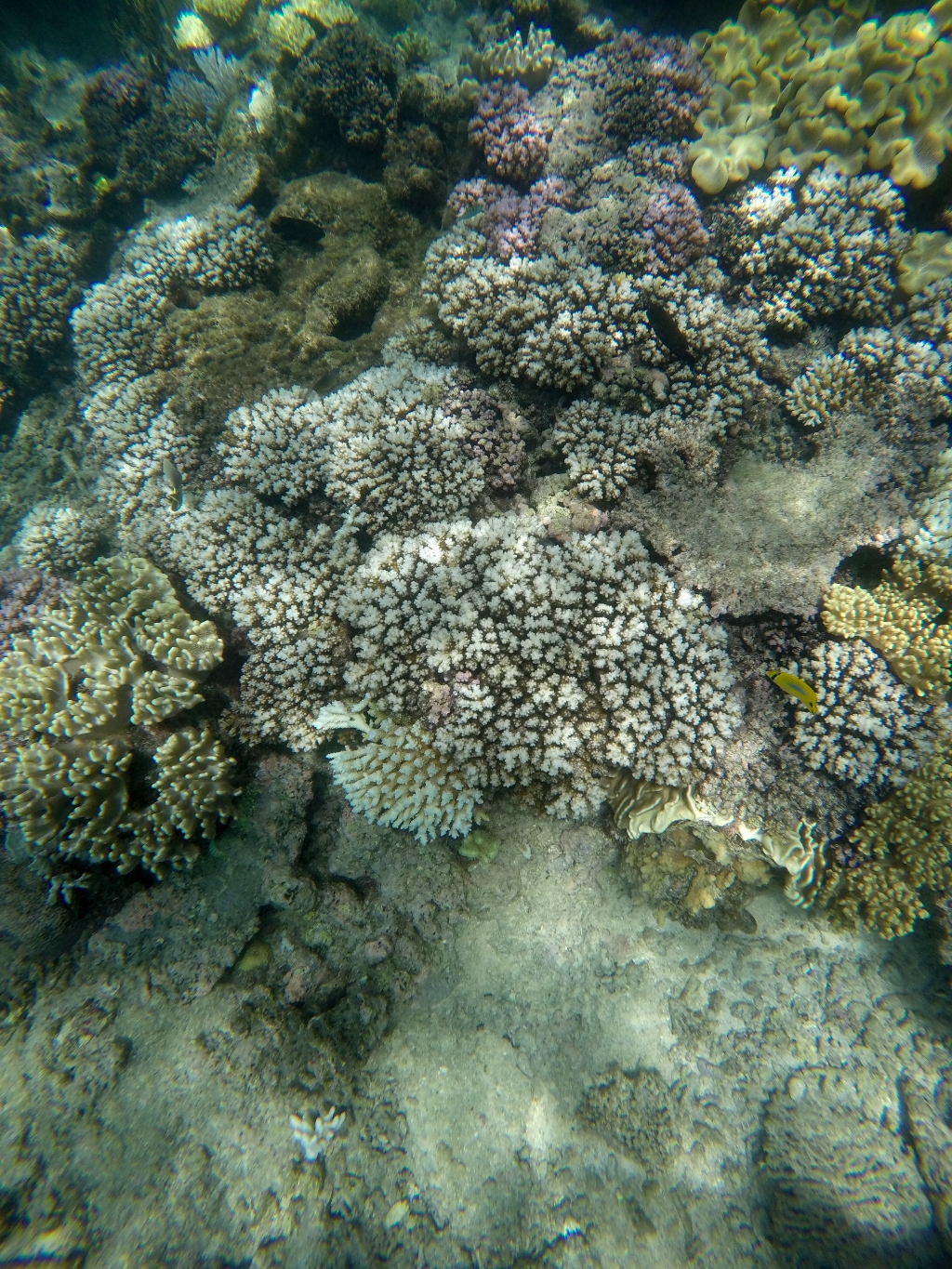 Vesna and I were snorkeling and scuba diving and took a semi-submersible with the tour's marine biologist. They confirmed that the situation was "very bad". Nobody bothered to ask about the bleaching except me, which was disappointing. Seems like people don't understand the gravity of the situation. 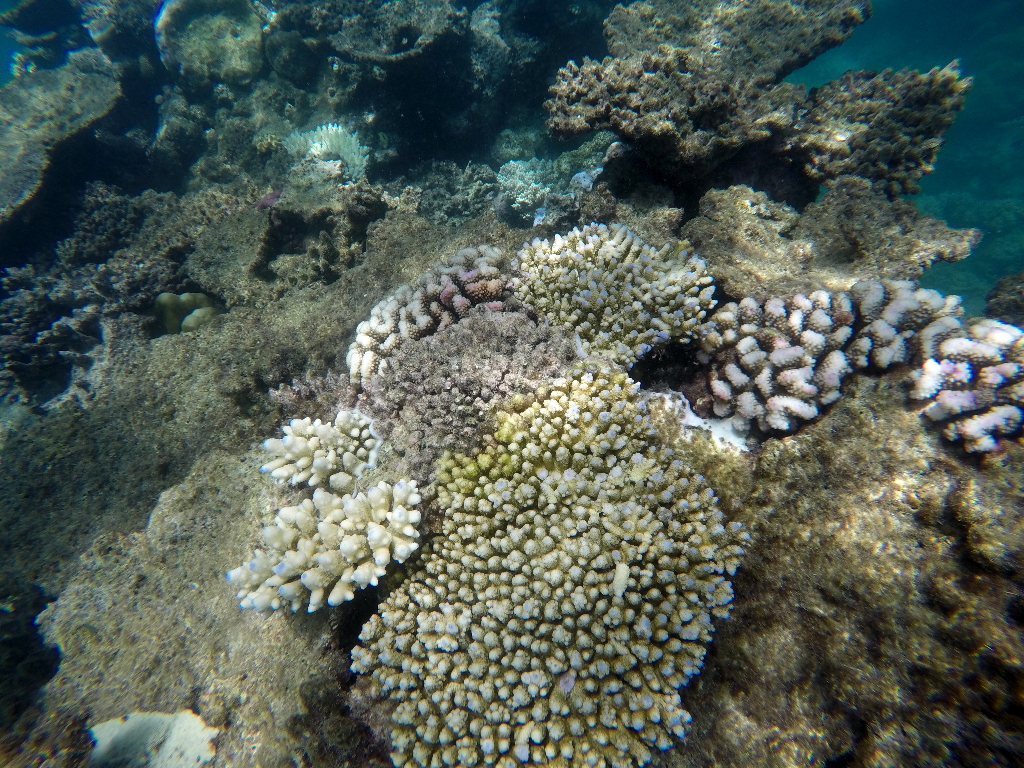 The normal color of the coral should veer to brown, because of the zooxanthellae, but they get expelled by the coral when it's stressed. 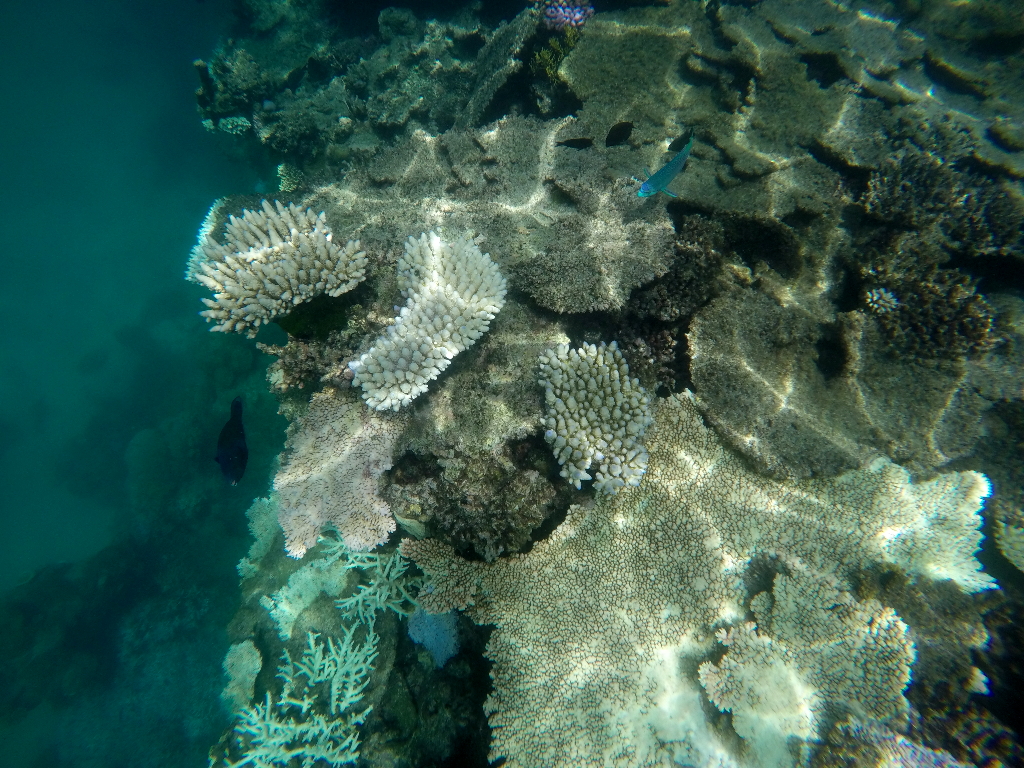 If the situation continues, we will destroy a system that has been here even before humans started using the letters. It just shows the effect we have had on the environment in such a short time we've been here.