Like I said in the No subject post, I had to get a new smartphone. My old one broke down completely so I was considering the options. Since I'm not an avid phone user, I wasn't that concerned with hardware performance. Other factors were important to consider, namely the support, openness and manufacturing process. In the end I got the Fairphone 2 and I'm pretty much satisfied with it. So why did I choose that one in particular? 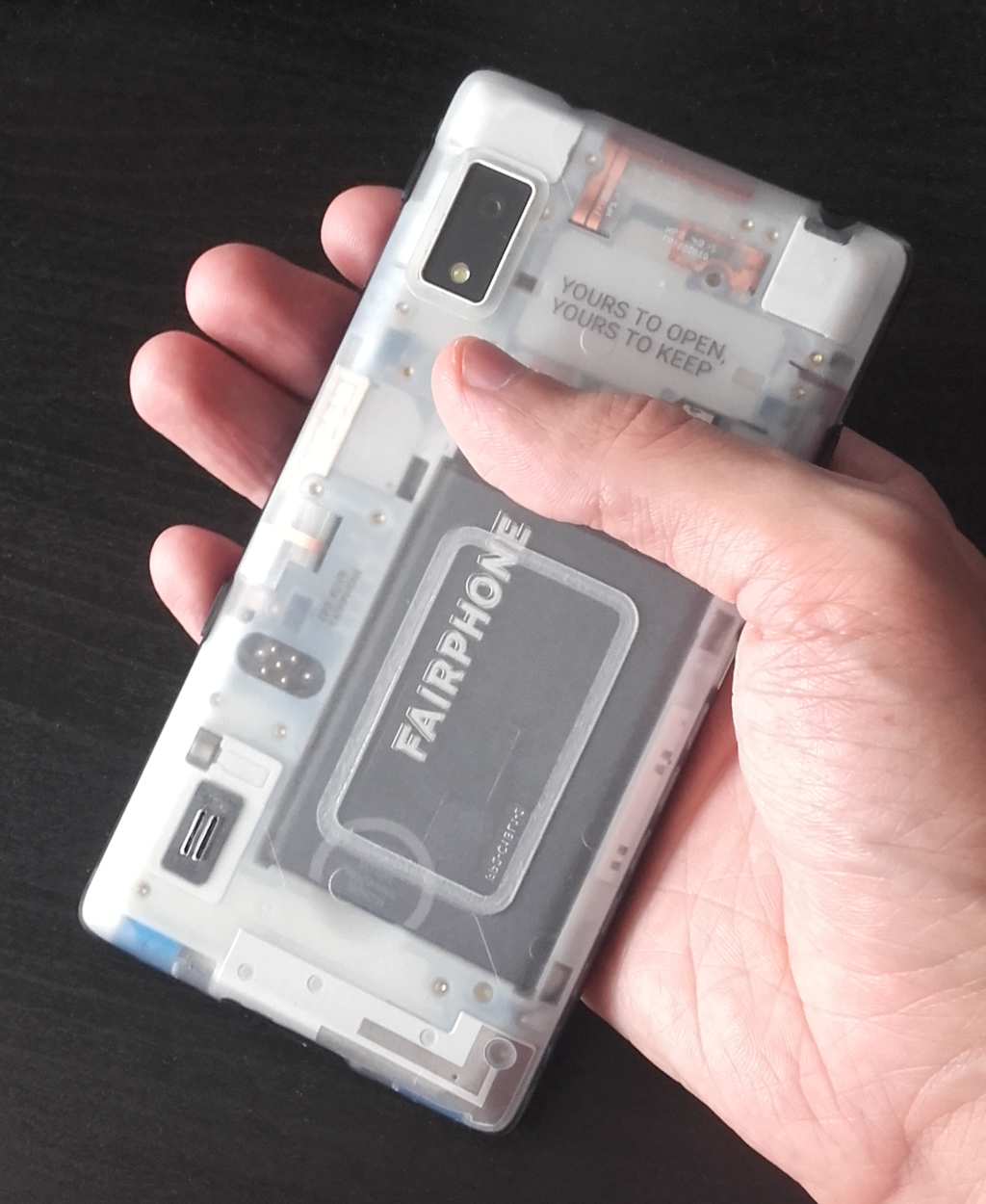 Having access to support would mean that whenever there was a problem, I could turn to the manufacturer for help. But good support is not the only thing that matters; there are also the product's longevity, repairability and modularity.

Fairphone 2 was designed to have as long lifespan as it was possible, meaning that the components it incorporates are as durable as they can be. To further enhance the longevity, the phone was made modular and easily repairable. When it comes to all the fine electronics in it, parts can be detached if they break down and replaced with new pieces. This is achieved through getting a replacement part from their store. The repairability is graded 10 out of 10 on the iFixit web. They market that the screen can be replaced in 20 seconds. Hopefully, I'll never have to verify this, but it's good to have the option.

Openness regards the software side. The phone comes with two versions of Android. The open one and the one with custom closed source modifications. It was announced that the Android would be bumped to the version 6 this month. Better late than never. The default OS is updated with security patches frequently so it is very up to date in terms of closing down security holes. This is something other phones have trouble with. The phone also comes with the rooting option and you can install custom operating systems on it thanks to the support of the community.

Mark Shuttleworth turned the world on its head with the convergence concept, but killed it the other day. The community took up the Ubuntu Touch, but we still don't know if it is going to take root. I have tried Ubuntu Touch on the Fairphone 2 to see how it looked like, but reverted to Android soon enough because not all the features were supported back then. The situation looks better now, but considering the announcement, it might get bleak.

The Sailfish OS can be installed, but I haven't tried it yet. I'm still considering it. It's great not to be locked within a single software ecosystem. I even prolonged the battery life by following the instructions from the official forums and replacing firmware for the phone.

However, it's the manufacturing process where the phone really shines, because all the components are ethically sourced. They track where the materials come from and what the working conditions are at all stages, from raw materials to the finished product. As for the recyclability of the product, the manufacturers have a report on it and are very invested in it.

What the phone could benefit from is a battery with a larger capacity, though, but I am not complaining. My commute is not very lengthy. I still bought a powerbank, because now I had three devices for which it would come in handy: a camera, and both Vesna's and my phone. As a sidenote, considering all the borders we were about to cross travelling, we had to make sure that the powerbank had distinct labeling so it could pass the airport security checks. The powerbank proved to be a life saver because, more often than not, we found ourselves in situations where we had no access to power. Talk about energy usage, eh?

Another thing that I'd like to have regarding the hardware is the addition of the NFC module so I could eliminate the plastics from my wallet and use contactless payment wherever possible.

Both things above could easily be done by adding new modules or upgrading the existing ones. I have my fingers crossed.

I'll finish off with two things. One is to recommend an excellent article from TechCrunch about Fairphone that is a must read, and the other is that this article is being published on Earth day 2017. Take some time to consider the state of things and how you can contribute.