In the wake of the announcement of Breakthrough Starshot where the humanity plans to scale the distance between our star system and the Alpha Centauri, we're also publishing the new Solar Projector. The majority of it is only a cosmetic makeover, but a new satellite source has been added. It is the DSCOVR, which is currently publishing data in the experimental phase.

Vesna played around with ES6 here, but the general concept is still the same: learn the fundamentals first and move on from there. I updated the back-end and created some bugs with it. They should be fixed now, but since there likely aren't many visitors coming to this site, things occasionally being broken should not be a big deal. As far as hobby projects go, this one might eventually be ready for other eyes as well, but we'll think about putting it out there more once we feel satisfied with it.

For the reference, this is the old version: 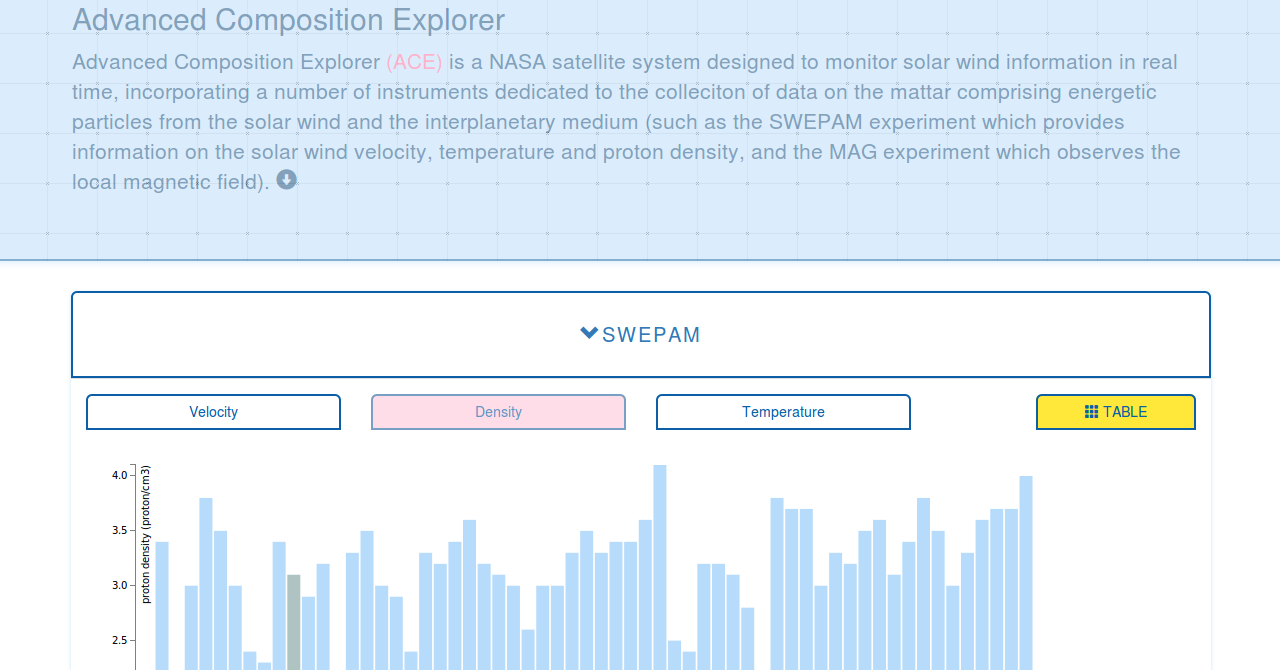 and this is the new version: 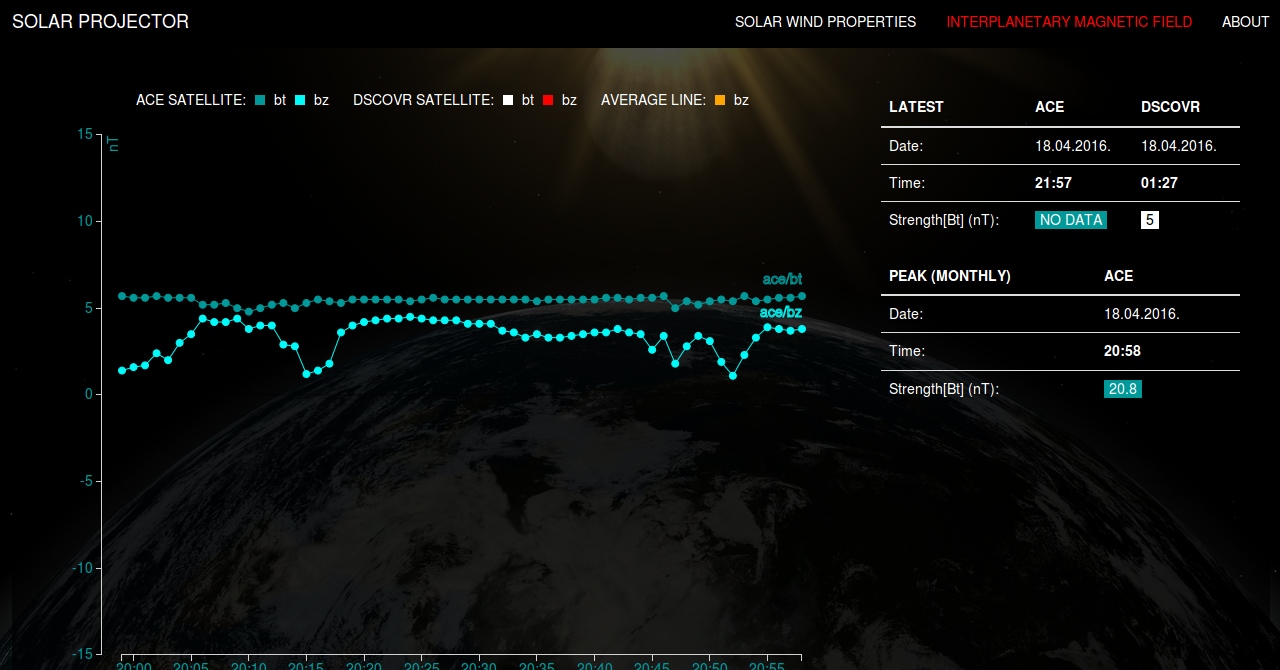 We still have some plans with it, but these should be implemented in the coming months with yet another new version.