Ever since the pandemic started, it has been recommended to stay indoors and not expose ourselves to the strain or to risk spreading it further. Luckily, we don't have older people to risk, no children, and we are in good health so we didn't have to fret too much about exposure or public services being restricted. It really wasn't difficult for us to get quarantined, being introverted and all. Living the dream, so they say.

After an abrupt cancellation of our vacation, we managed to fly our way back from Africa, with some difficulty. We took a taxi from the airport, went into self-isolation and resumed working from home. Even though at the time we weren't prohibited from going outside, we didn't want to take a chance and expose others. After all, we had spent several days in very crowded public spaces. We've had no symptoms and have been happily sequestered in our apartment ever since.

Soon nothing was working except the stores. We were counting on an occasional store delivery, but no slots were available for weeks ahead. However, we do have a store within a 15 minute walk, so it's not really a problem to get there and pick up a week's worth of groceries. We were reasonably well-stocked on essentials to not really feel the initial frenzy, when soap and toilet paper was sold out, and being vegan has proven an advantage as plant milks and other vegan goodies remained unaffected by shortages.

I turned off most of the automation in the apartment and set the speakers to announce each morning the number of cases reported in the country so we could keep up with the news.

That is really it. Parents keep contacting us to ask how things are going, but there's nothing to tell. We're at home, we're working, we're not going out. Our updates come down to reporting on our weekly visit to the store and the shows we are watching. We saw a robin on the tree outside our window one morning. Talk about news. 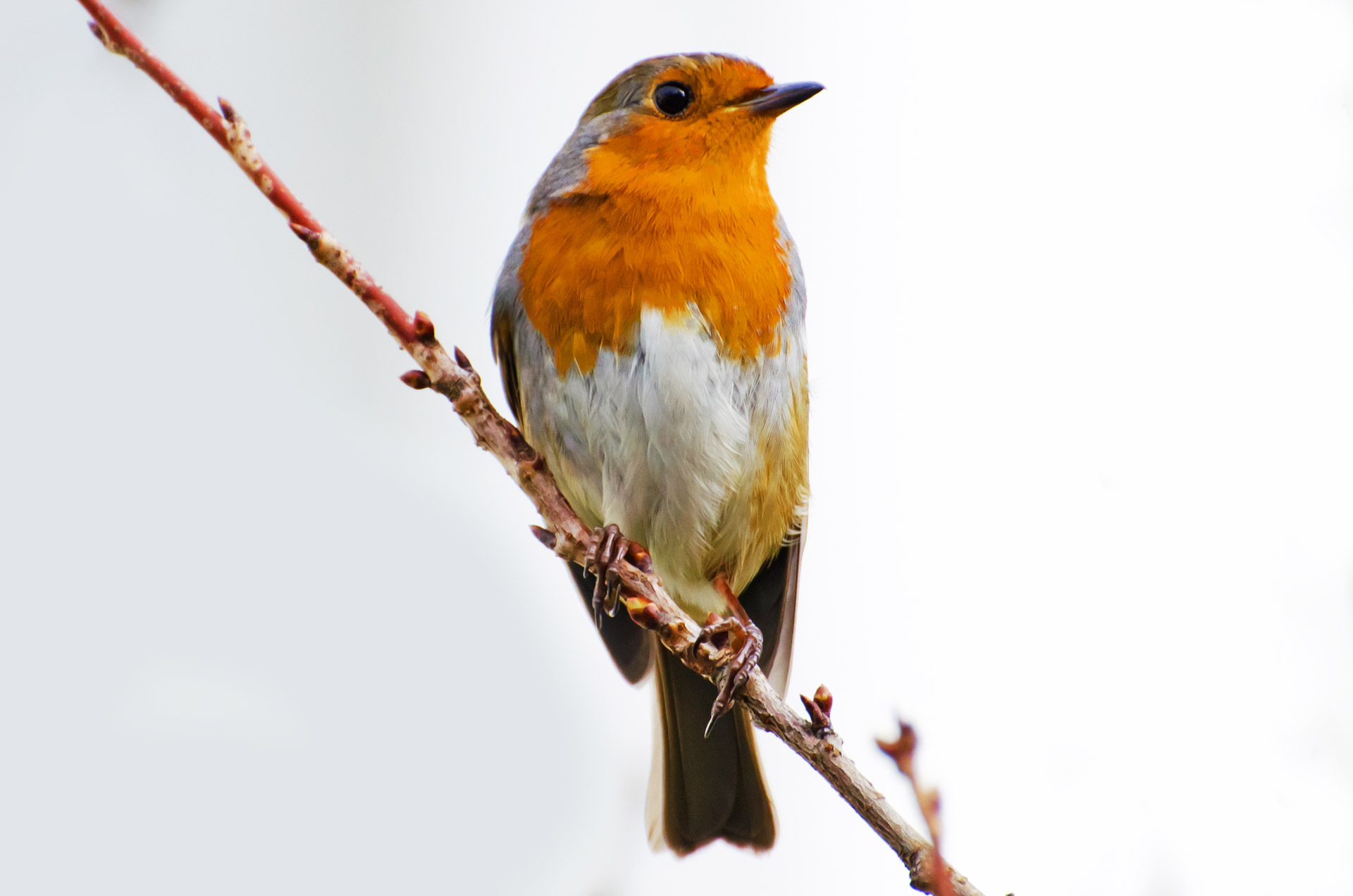 With no commuting, we have a bit more time to dedicate to our pastimes so we've been voraciously consuming the media, watching TV shows, browsing the web, playing video games, reading books, and also doing some programming (but I really need to do some drawing), as well as doing some exercising here and there. Nothing special.

Online communication has gained center stage, although it's not really much different from how we usually maintain our social ties. The news, however, seem fascinated with modes of digital communication. I guess the extroverts, barred from real life meetings, have flocked to the next best thing, video communication. People have been complaining about missing non-verbal cues.

Writing thought-out sentences and adhering to netiquette shouldn't be such an obstacle, but I guess some among the newer generations have never picked it up, quicker to start a video chat than think what to write.

We are monitoring the situation and are thinking about it. There's silver lining in the pandemic influencing the fall in emissions of greenhouse gases although it's not enough. At the same a lot of people are furious that the economy is falling and want to go back to the security of their wage slavery. I don't blame them. People have families to feed and loans to repay, but are not seeing the forest for the trees.

The pandemic has exposed that the economy is far from healthy, that the system is broken. You have to wonder what kind of economy we live in that falls apart if people start buying only the things they need. It's like it is primarily relying on the things that we don't need to keep going. Consuming and expanding, instead of conserving and, guess what, economizing. The juxtaposition of needs and wants in my opinion is wrong in the economic sense. We can't have infinite wants, especially on a finite planet, but our needs need to be met.

And it's not nearly over. Considering that the vaccines for the human diseases often take over a decade to develop, I don't see that the COVID-19 vaccine will come that soon, so expecting a miracle is not realistic. And it's not that testing has avoided controversy even when done seemingly rigorously, for example a bias towards males.

However, as a mental exercise, what happens if by any chance we do develop a vaccine soon enough, who's to say it will be tested properly? Shall we sacrifice our health to the system so we can keep the shabby economy going? Having a vaccine, how do the countries expect to mass vaccinate the population? Lack of testing will only give legitimacy to the anti-vaxxer crowd (and this time with a good reason). Will the governments make it voluntary and, if not enough people volunteer, will they enforce it? How?

We have to keep an eye on the freedoms people have, that are easily taken away because of the pandemics, and they are not easily given back.

And keep our first world problems in check: migrant centers will likely struggle to keep the virus at bay. How we treat of our fellow humans in the hardest times is something to worry about.

Stay indoors if possible, because the virus is latching onto the particles of air pollutants now. At the same time, air pollution is killing way more than COVID, but we're not doing anything about it. We're not even treating the climate change with the same urgency as COVID-19.

Thing is, you can survive without physical social contact. Avoid public transportation, wash your hands, the masks are not helping unless you are directly exposed. If you want to help, stay at home, and if you're doing grid computing with BOINC, Rosetta does research with COVID-19. Also consider doing folding@home for the COVID-19.

Don't fear the conspiracies, frequently they are comparing it with the flu of 1918 which was over a 100 years ago. Take that into consideration. The medicine was not as advanced back then. Our health systems are struggling with the capacity today because we have been neglecting them, but they are still much better than a 100 years ago.

So, be smart, stay at home, there are tons of things to keep you occupied. Who knows, maybe this crisis will pave the way for the UBI as well.