The hardware side came to be an IKEA glass cabinet. We opted to buy one and be done with it. I assembled it indoors and we took it out to the balcony. It fit the space we had in mind for the project and we felt it was good enough. The glass walls made it a greenhouse and, because it resembled a cupboard, the name was born: Cuply.

We replaced the original shelving with a suspension contraption to hold the plants. Some parts were bought in the nearby hardware store, some in IKEA, some online, some in the nearby general store, but let's list them all:

The idea came from the Window Farms kickstarter so kudos to those folks. Even though the project is discontinued, it gave me inspiration for the hydroponic loop. The plants are nested in each bottle and are of a herb type, compatible both with the ambiental conditions as well as with each other. There are various attempts online at controlling similar systems via computers. Mine is no different. The systems are known as Grow Boxes and there are most likely communities around them.

The lower tank has an inlet for the solution that is made from water and a fertilizer concentrate bought in store. It needs to be changed weekly or when it evaporates. Once things are set up, the system runs the loop by pumping the solution from the lower tank controlled by the relay and turned on by the sensor, then letting the gravity take care of the rest by dripping the solution from the upper tank all the way through the pillars to the lower tank. The whole cycle is repeated ad nauseam. The lights turn on in the low light conditions.

Here are some photos from hammering on the hardware: 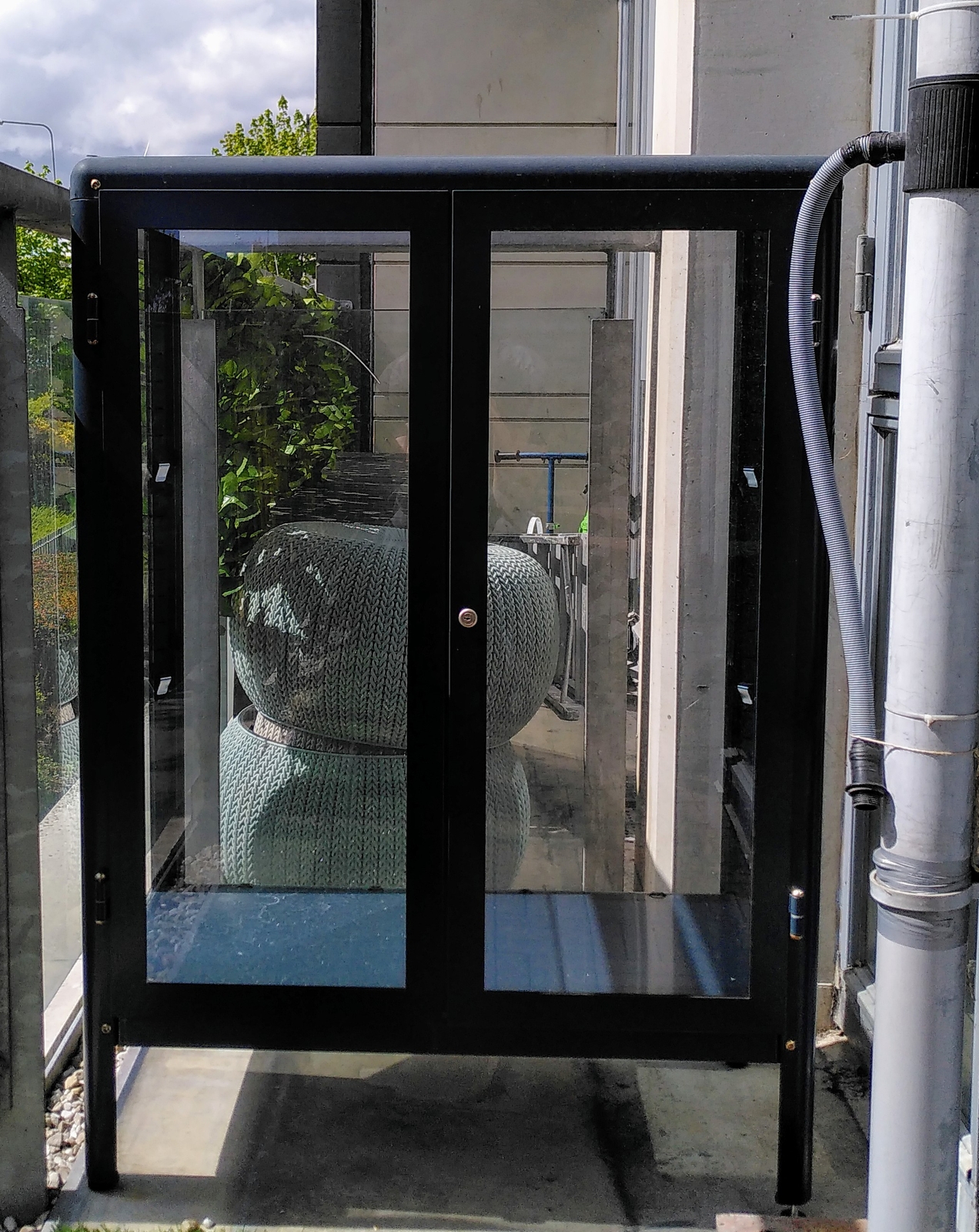 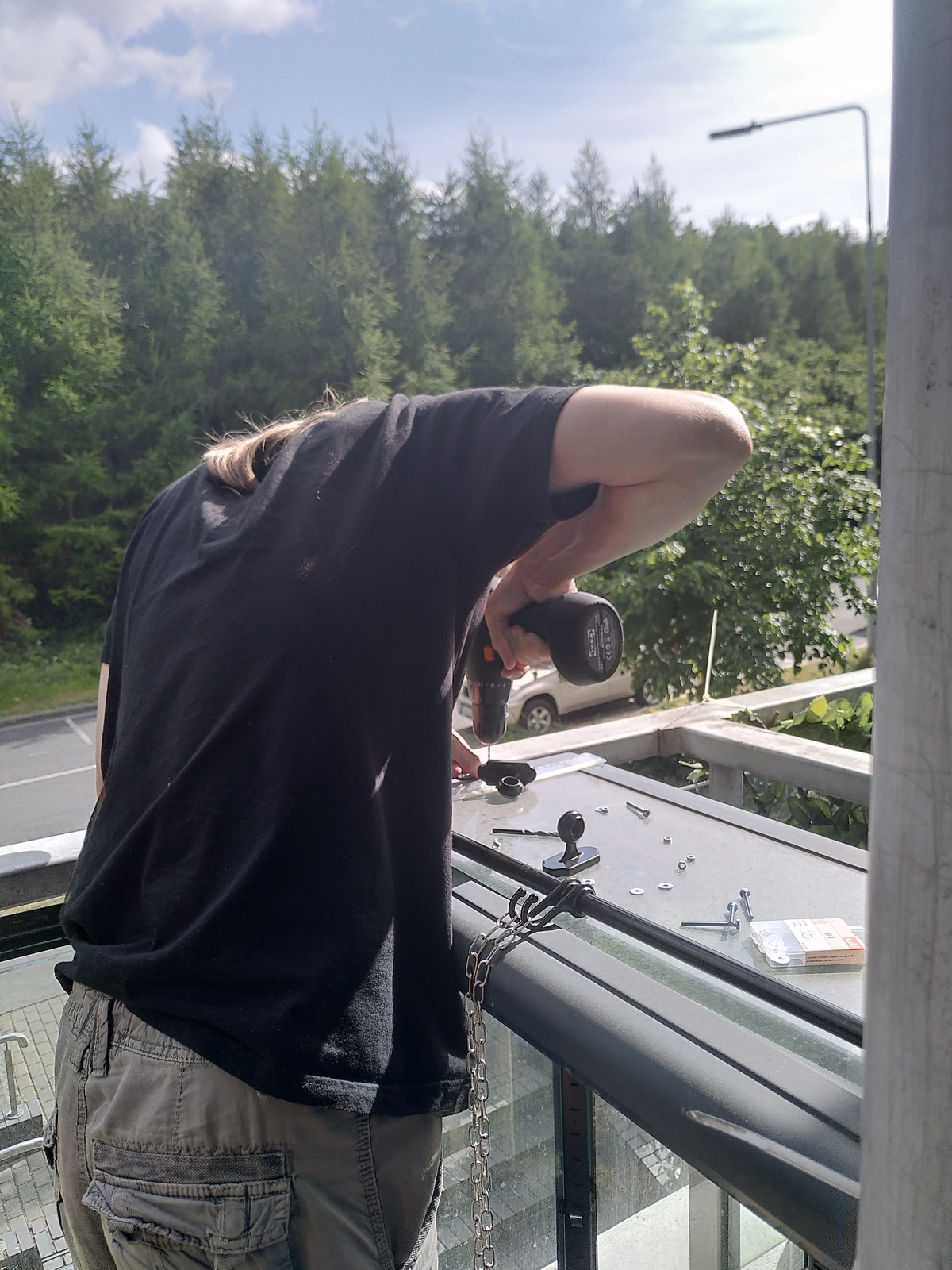 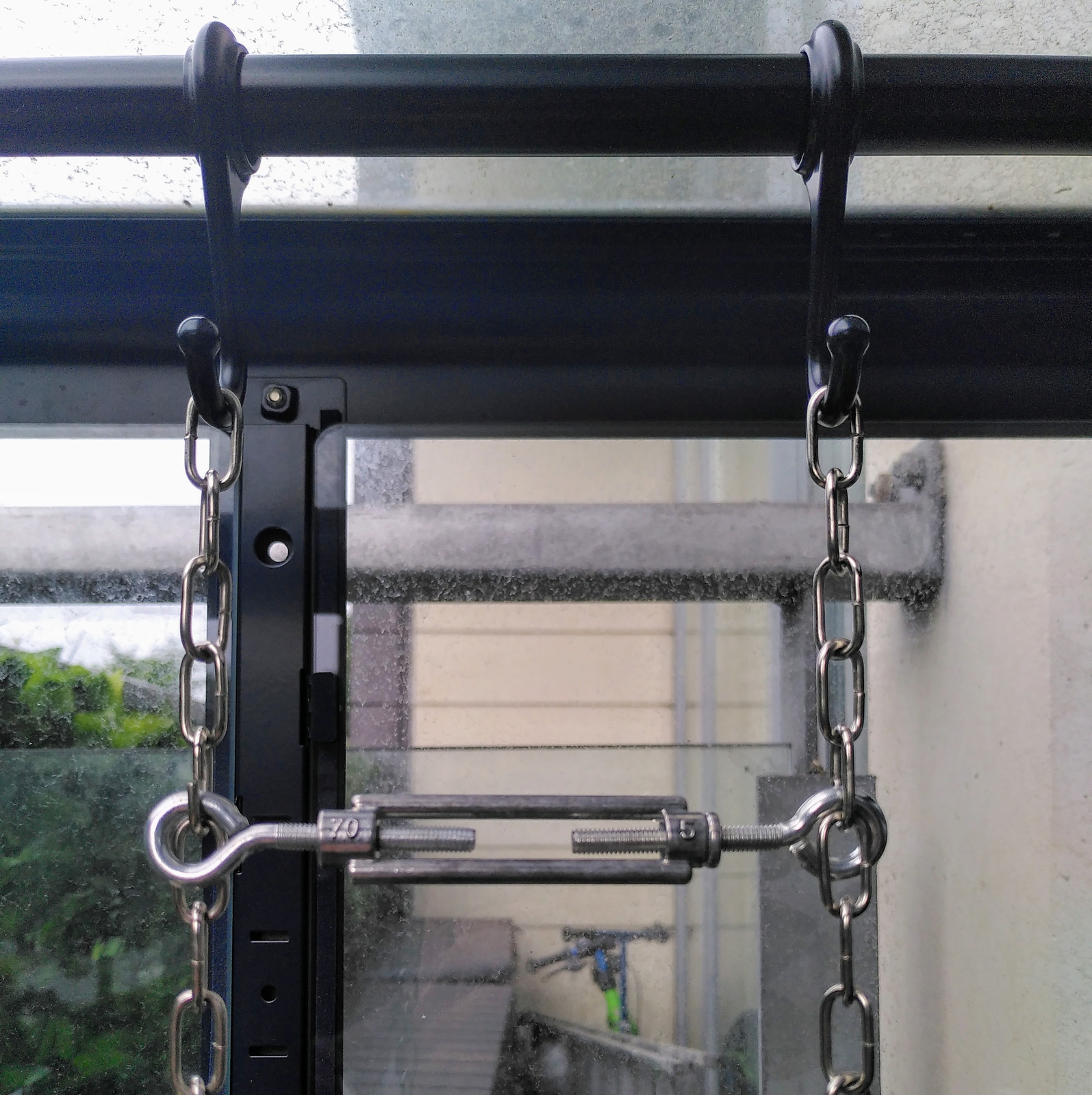 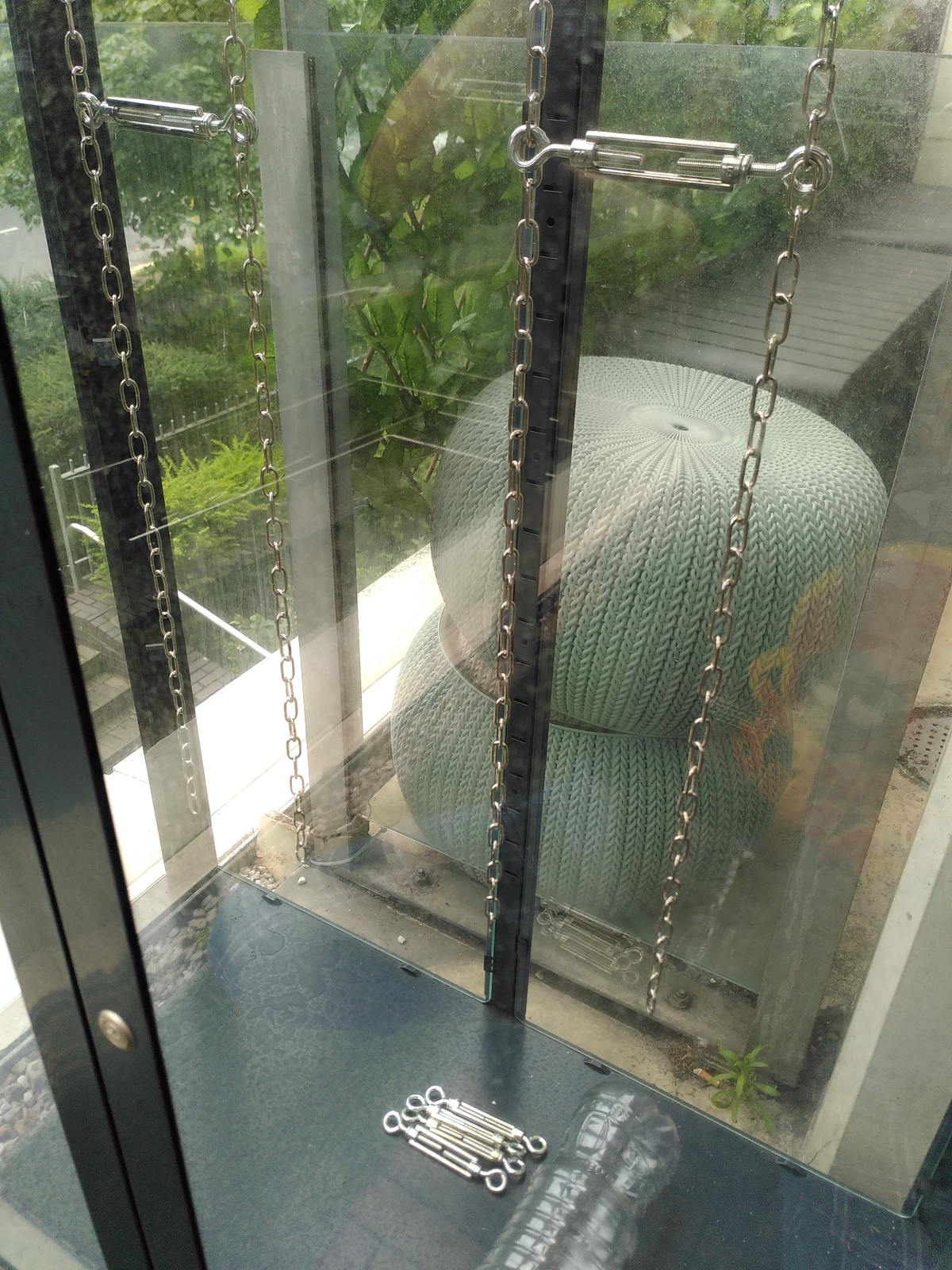 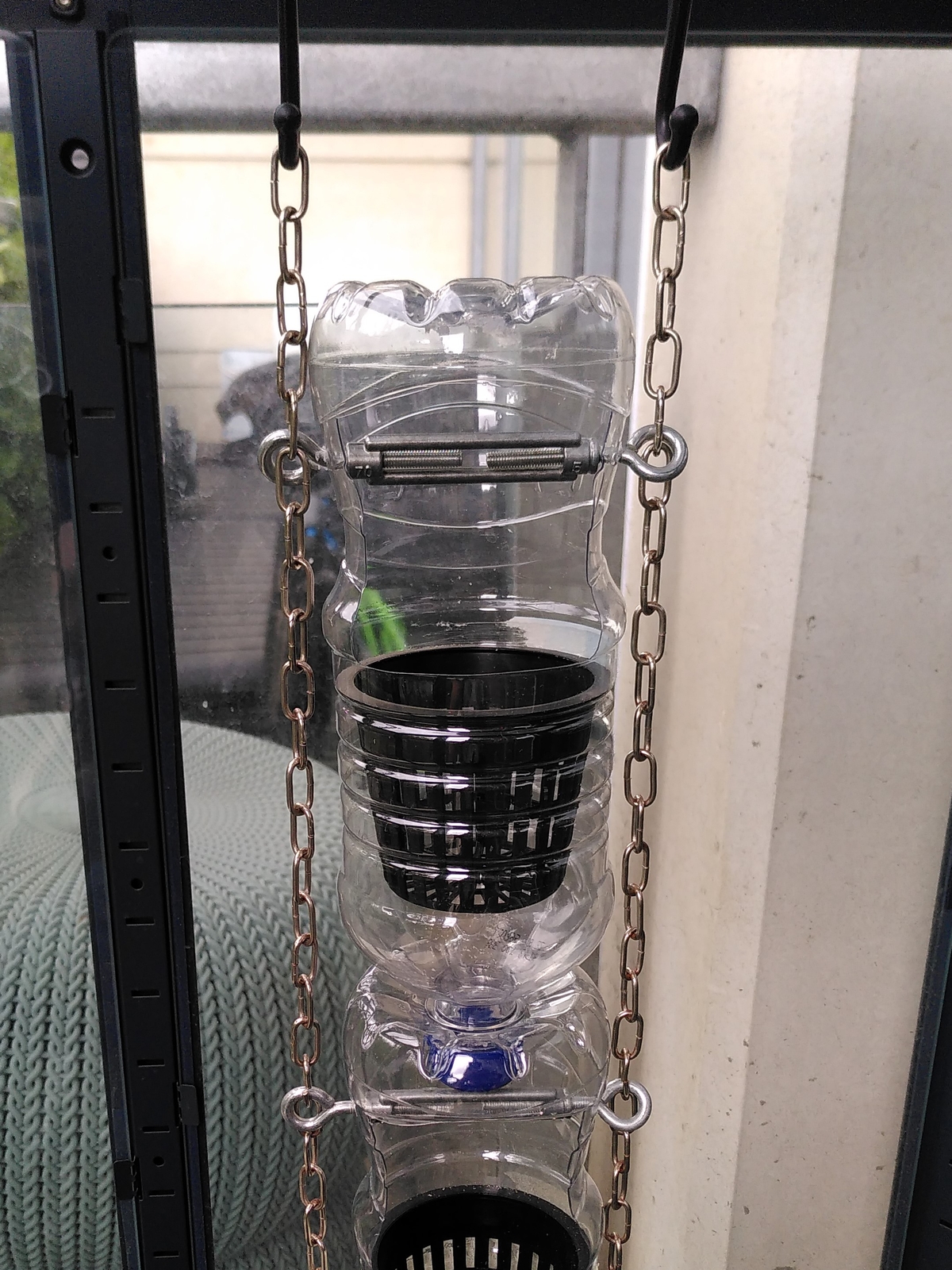 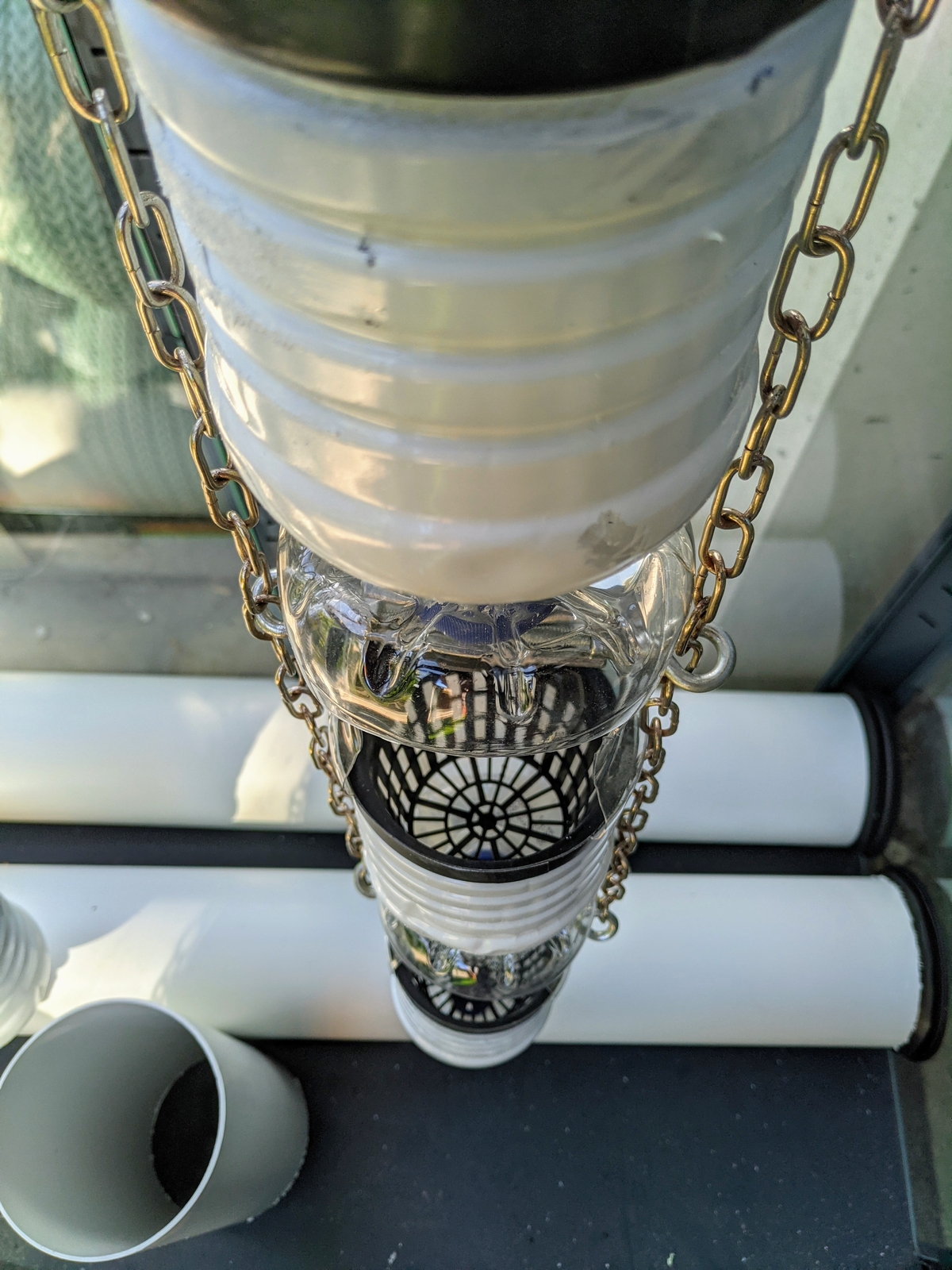 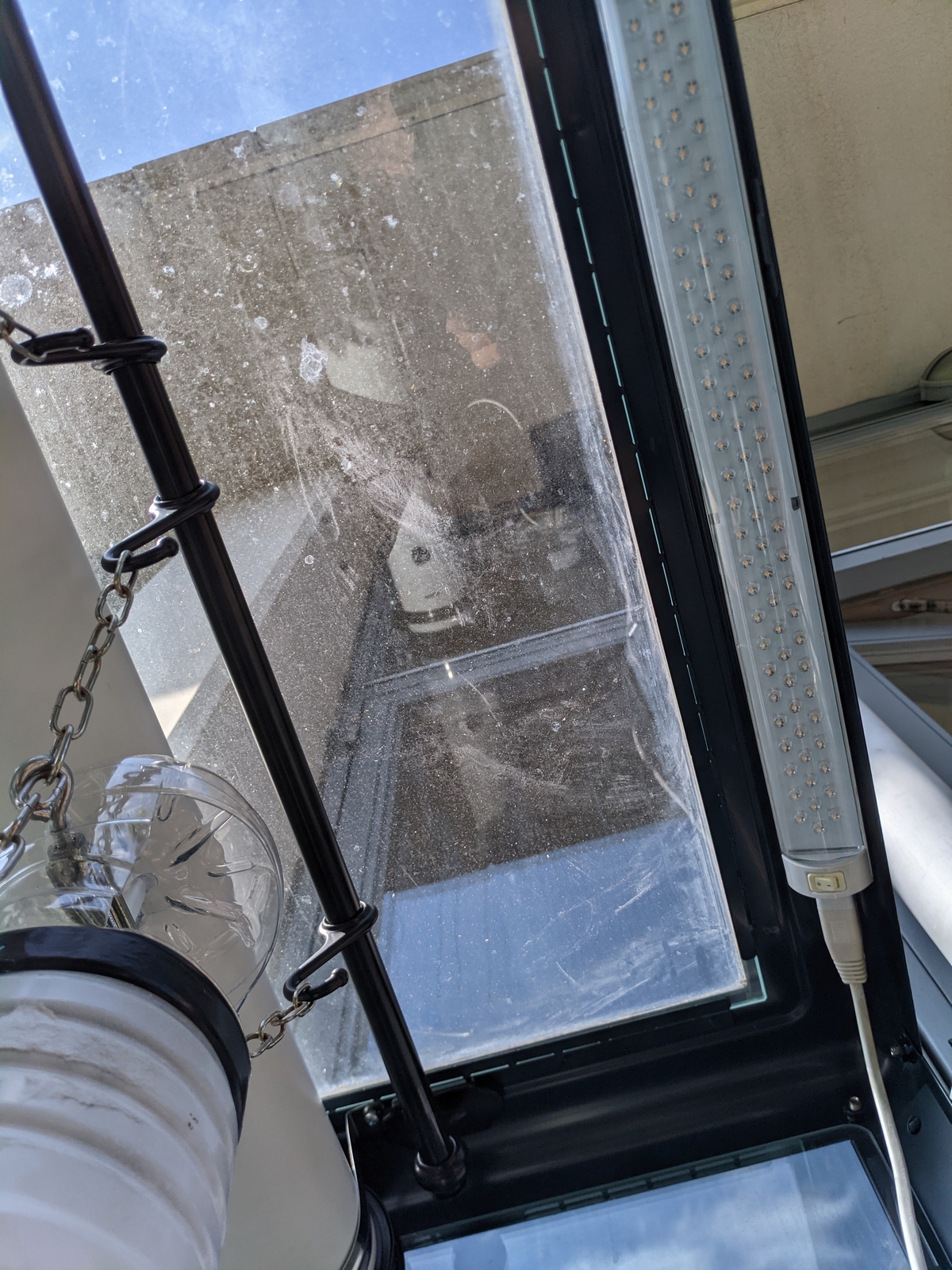 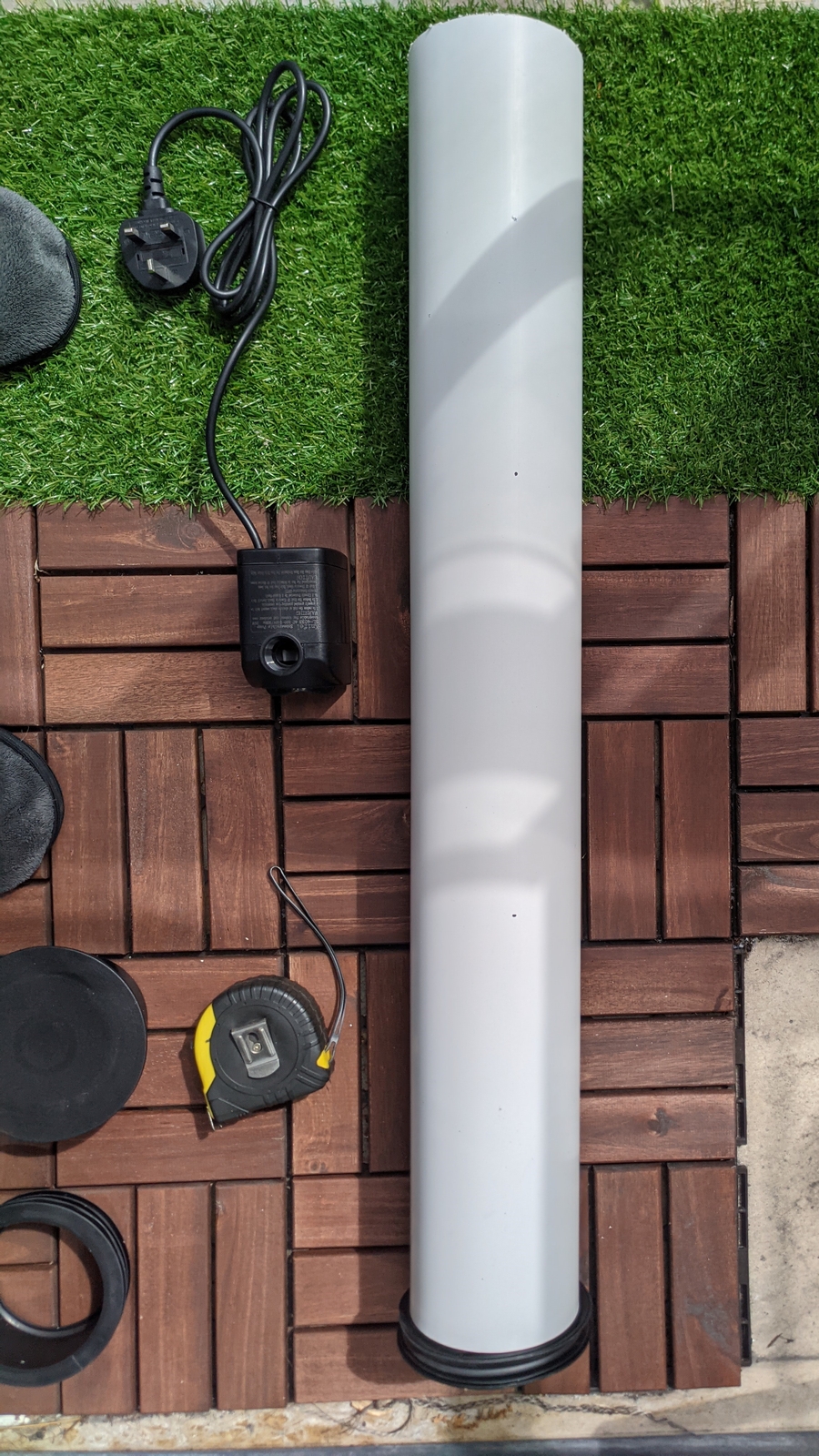 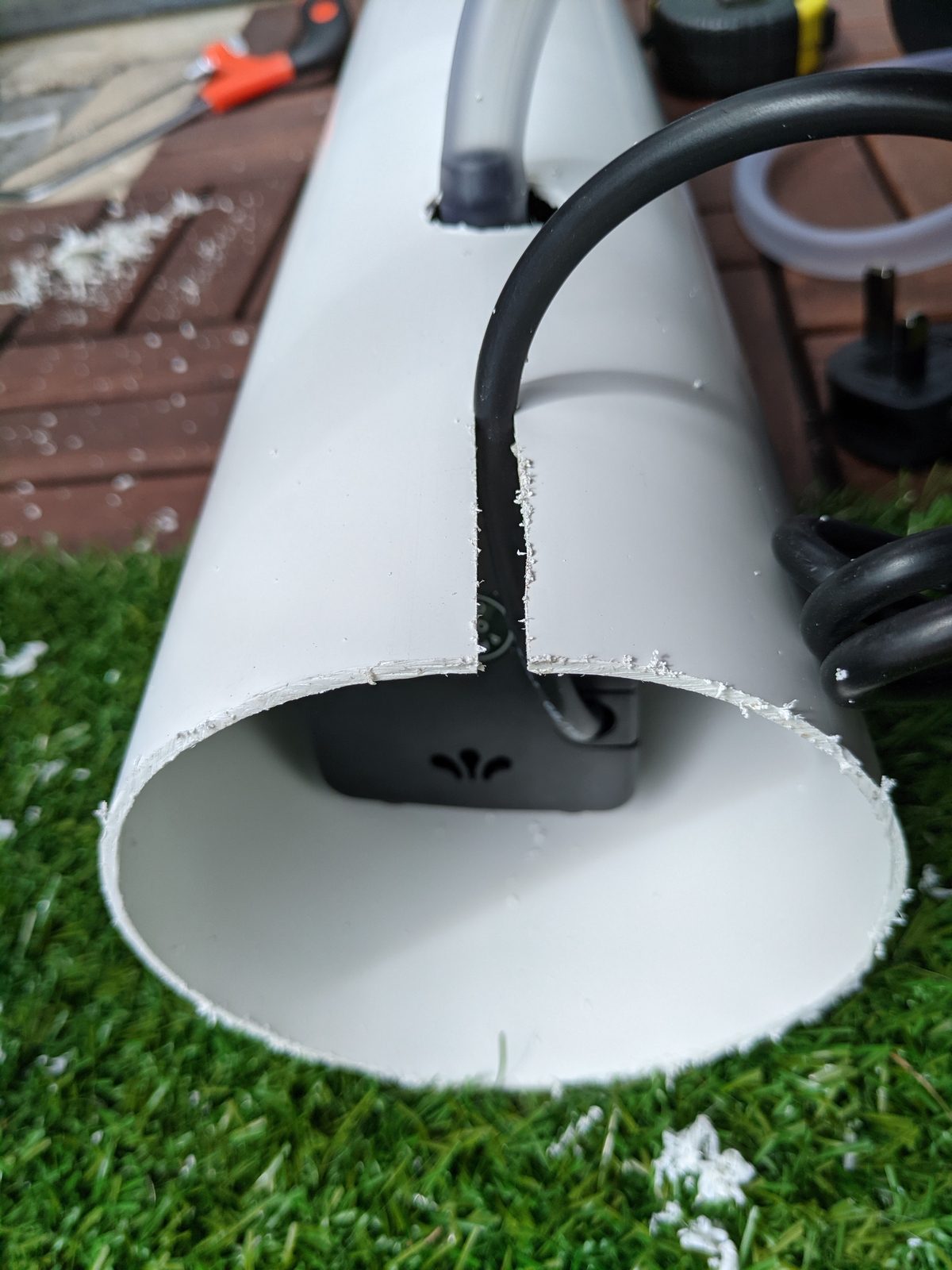 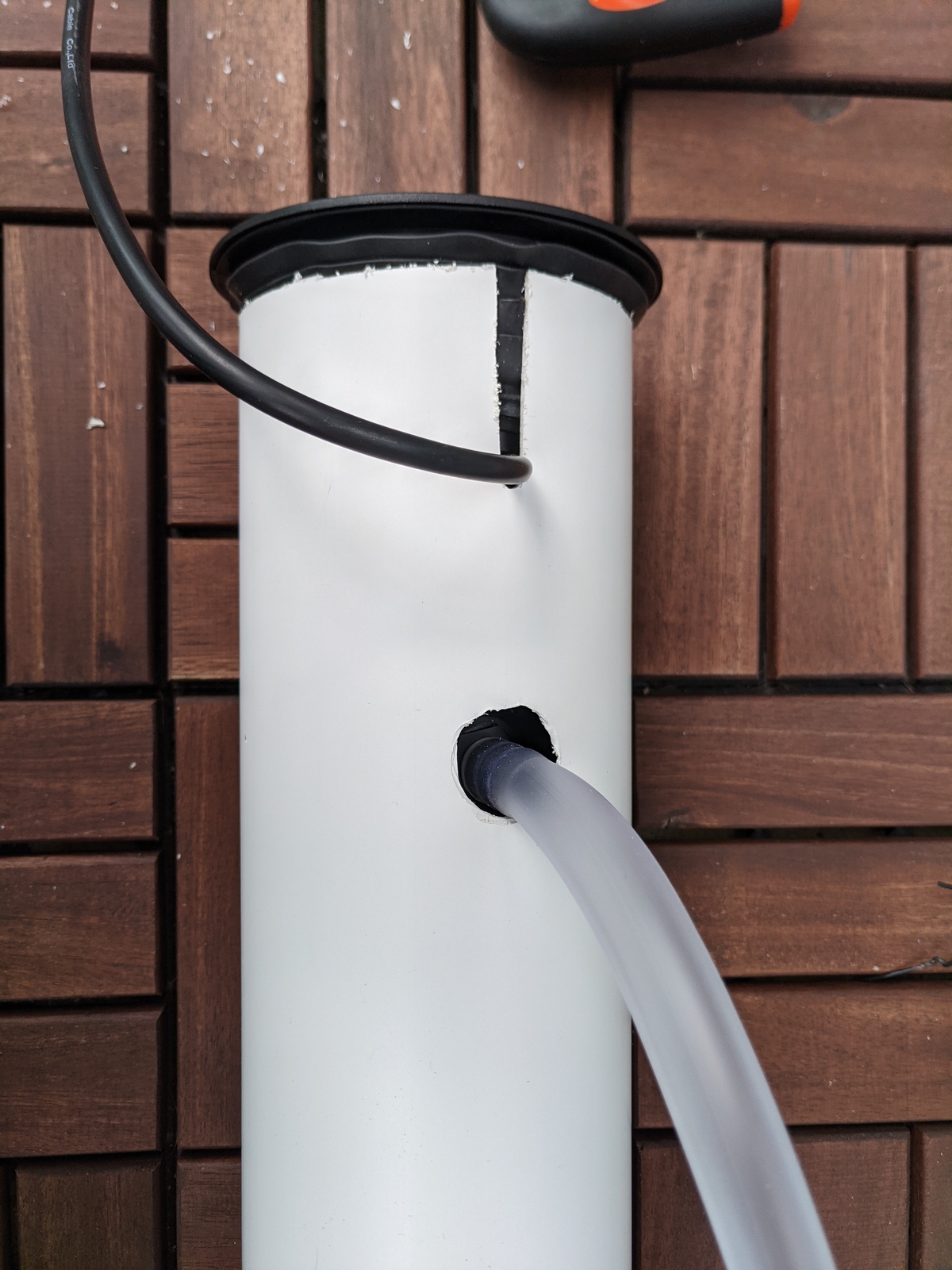 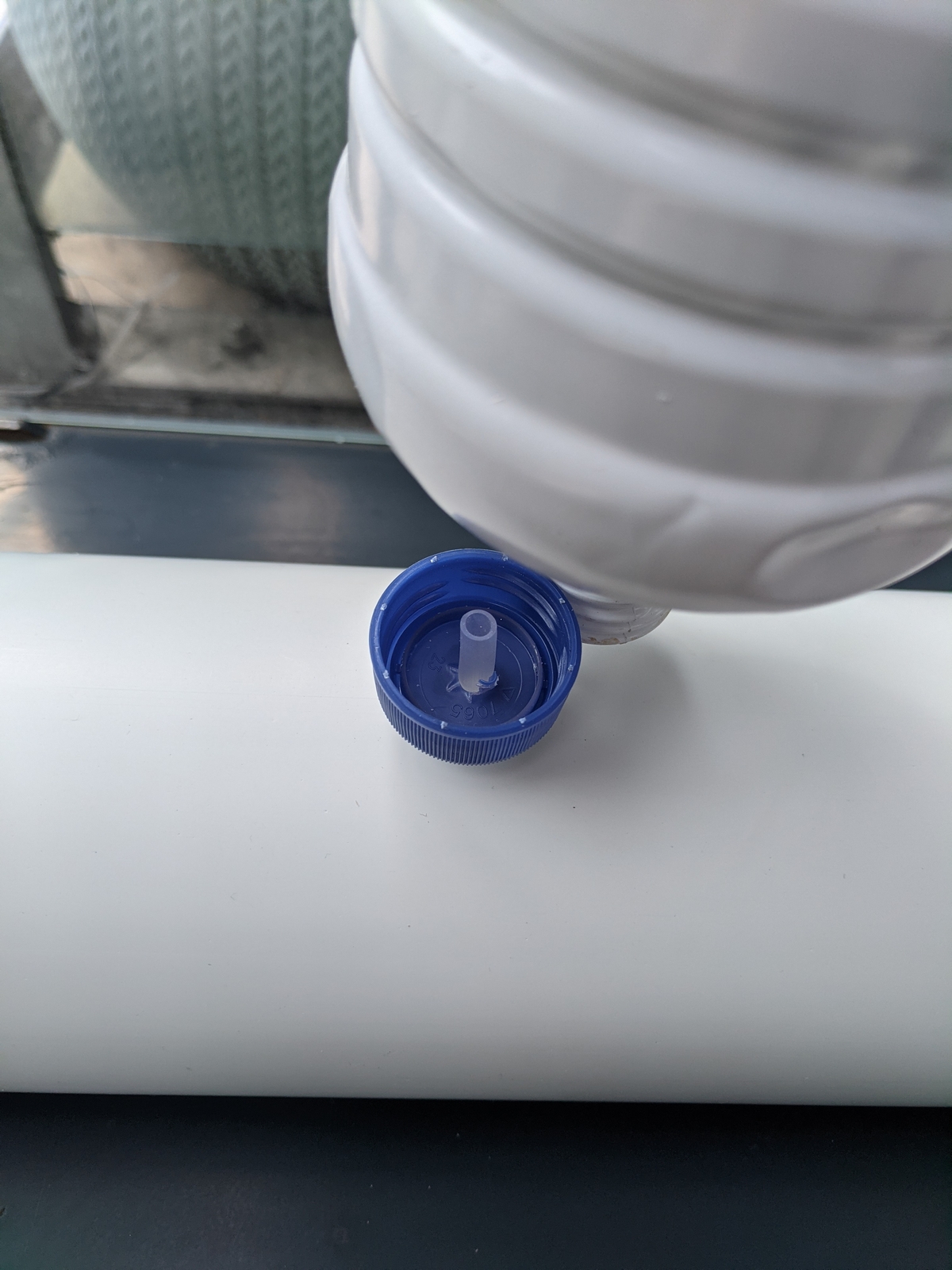 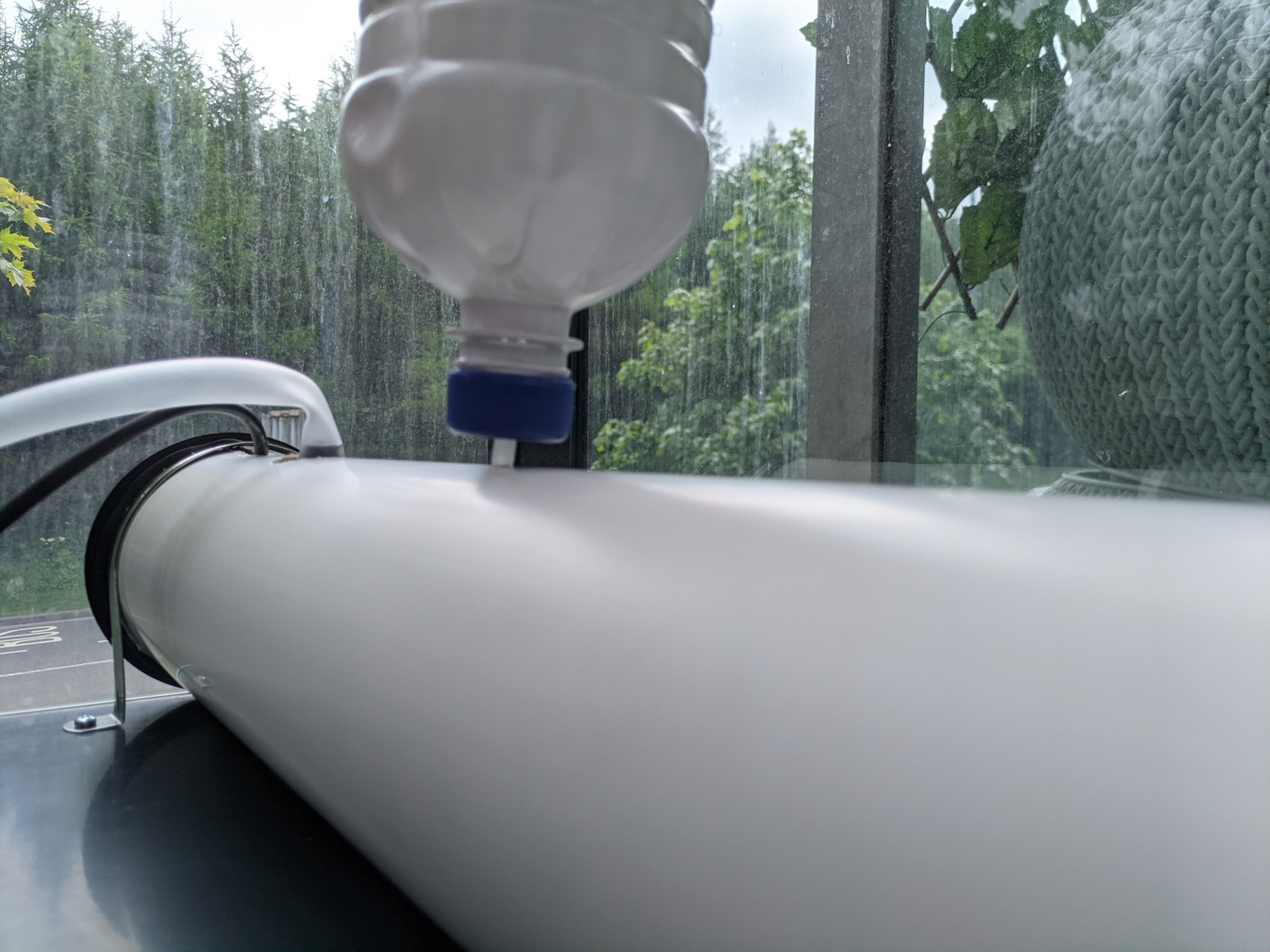 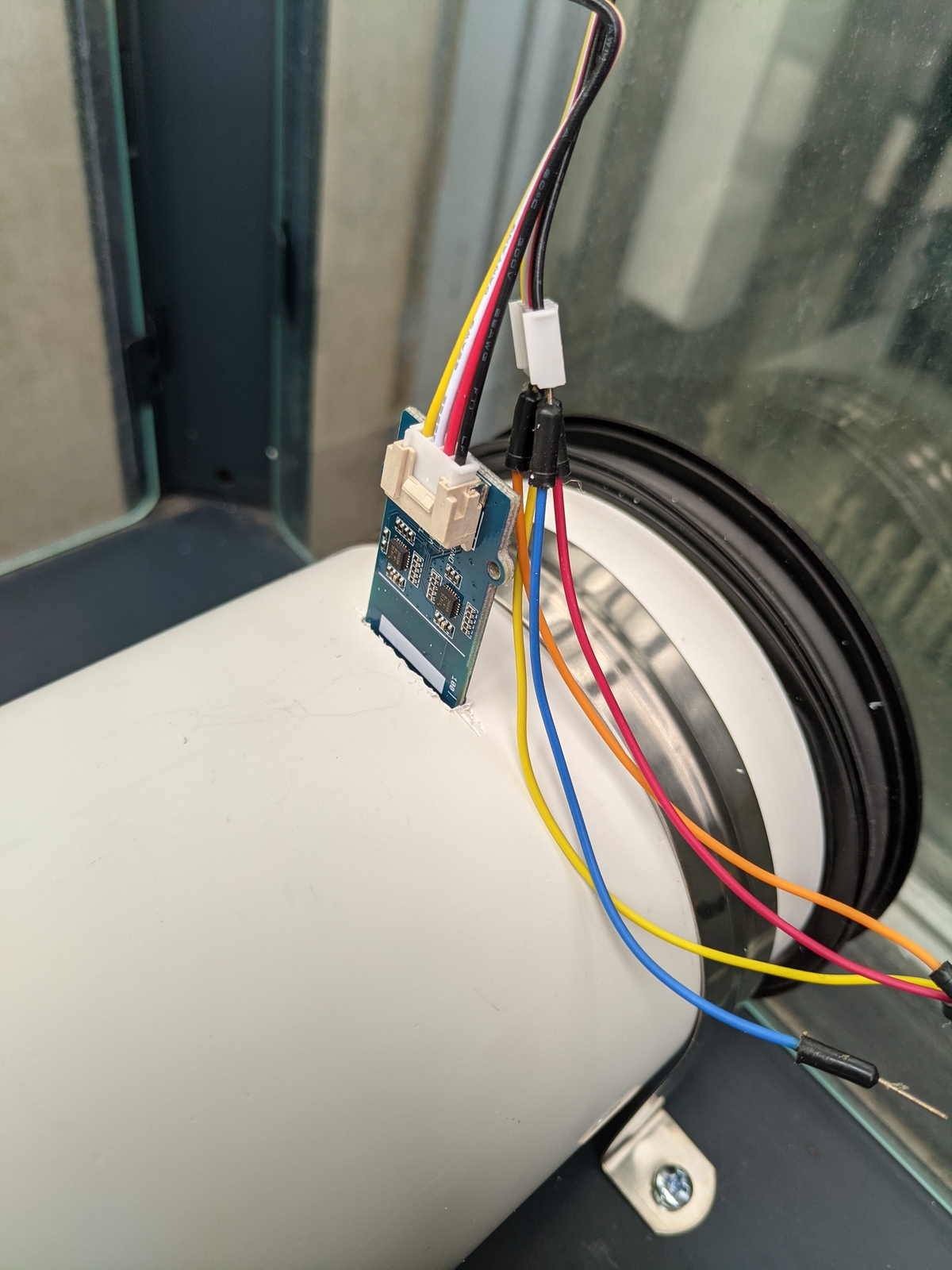 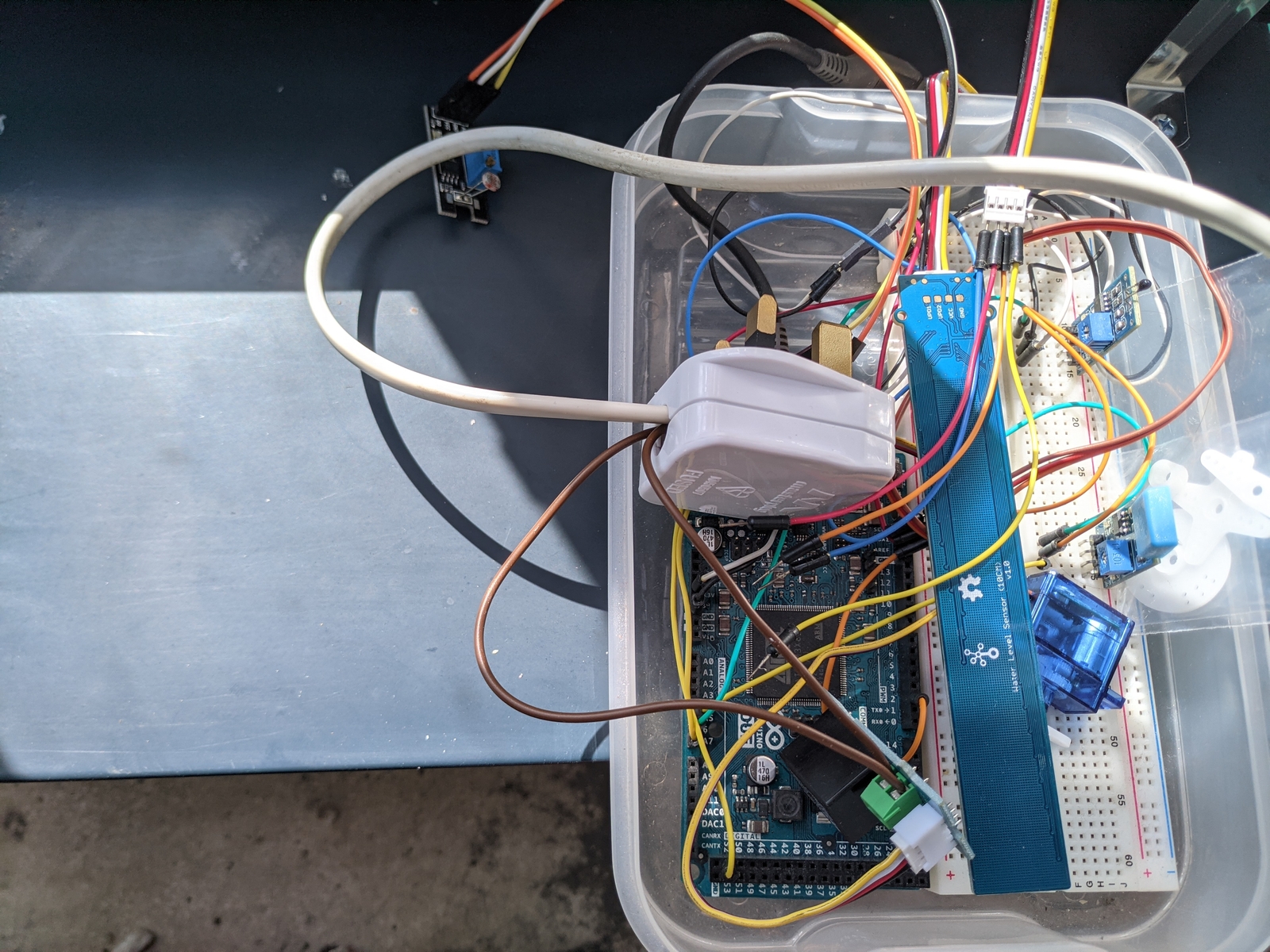 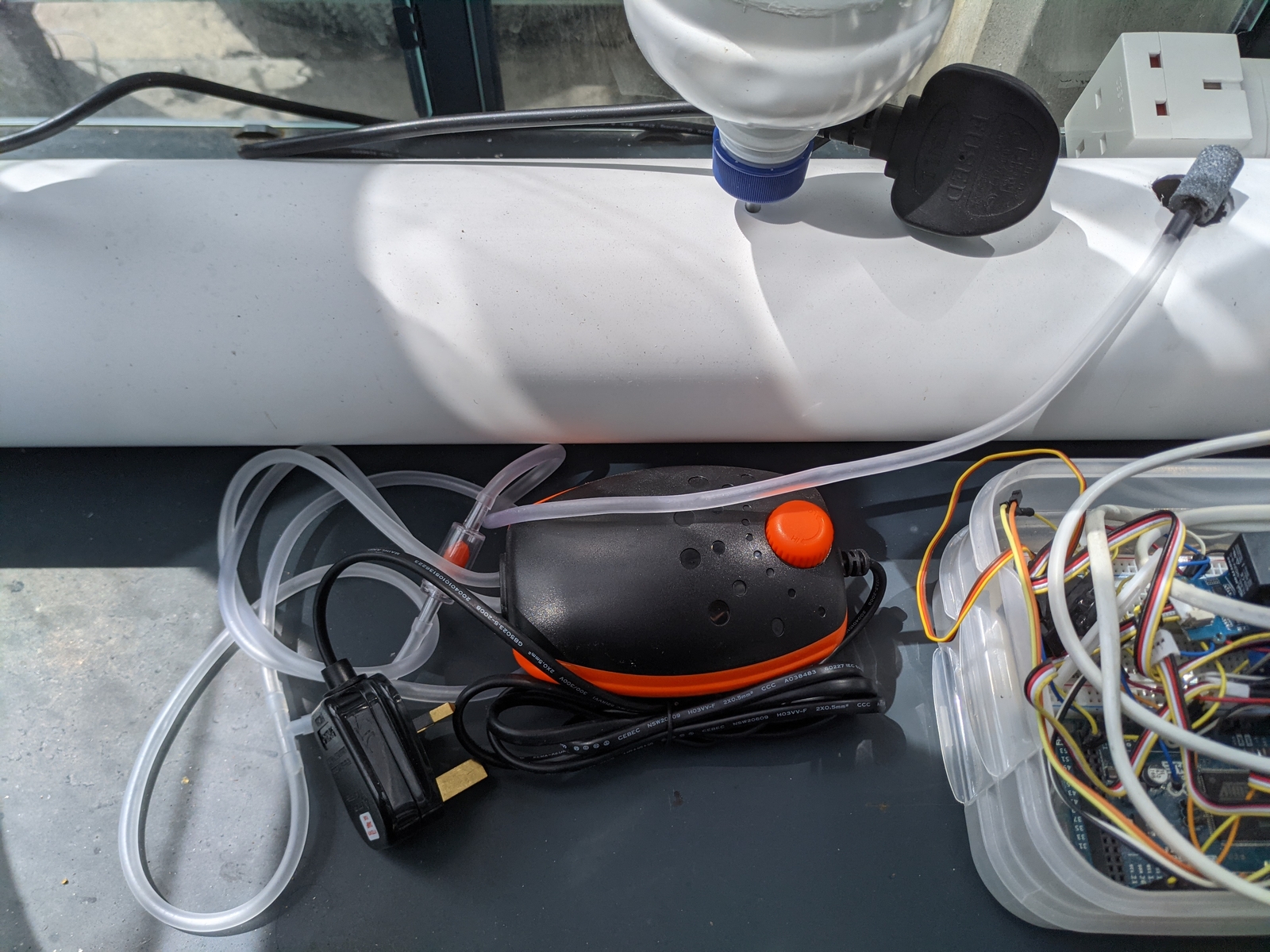 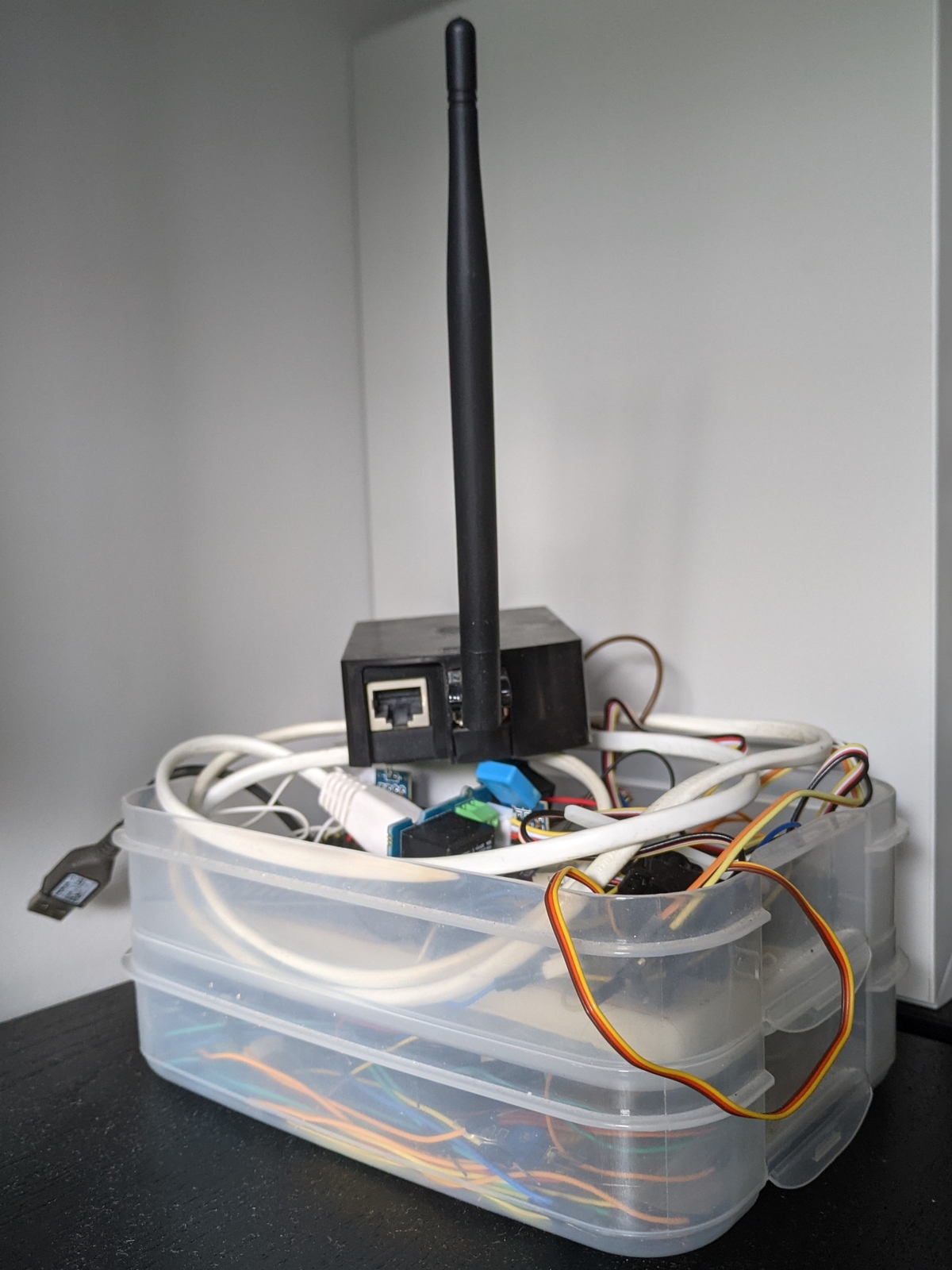 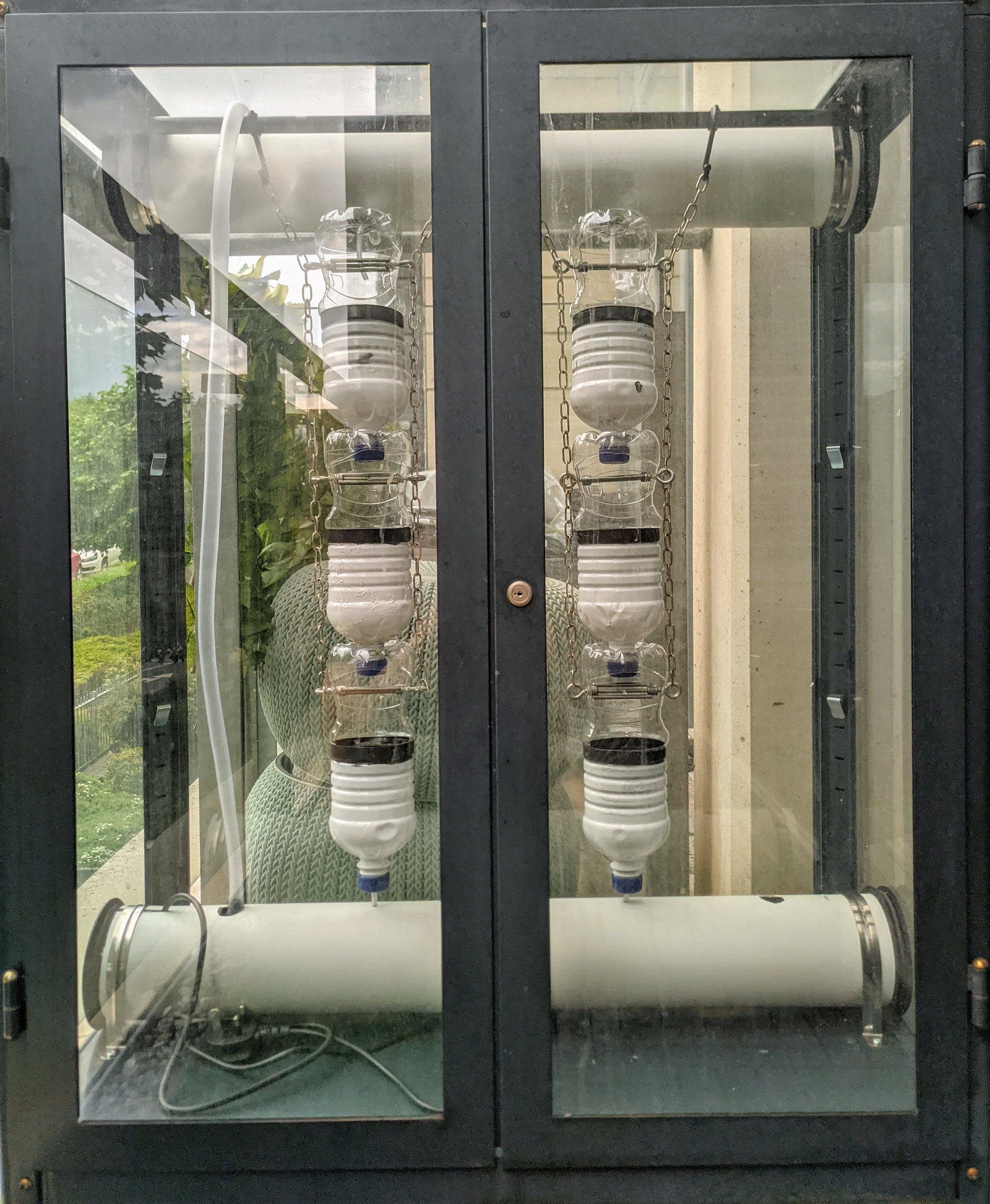