So we bought an apartment in Dublin. That is a fairly old piece of news. Just recently (mid last month) we paid off the mortgage so the place is finally fully ours. There was some more work involved in paying it off sooner than the expiry of the loan.

When we felt we were ready, we contacted our solicitor's office and indeed there were a few bits and pieces left to complete: signing our home declaration and confirming we were married. The office dealt with it very promptly. What was left then was actually clearing the mortgage.

The last month we got our financial picture complete so we went to the bank, consolidated our accounts, added what little was left from the bank of mom and dad (essentially getting rid of the cash on our hands) and poured everything into repaying the loan. In the process leaving just enough for us to live till the next paycheck, but we knew we would recover quickly.

It was difficult to find information on what was involved in closing a mortgage because all the banks are about opening them instead. Customer support on Twitter was unsurprisingly useless. All we got from them was a number to call which we already had. One phone call later and what we got, among other things, was that the whole process was called mortgage redemption (which is a phrase to look up online). After we gave them enough info, they sent us a letter few days later with the official sum we owed at the time (which we already knew from the online mortgage account), what the interest per day was since the day the letter was issued (so already the official sum was behind) and the closing fee (60€).

With that letter we went to the bank and, while the staff was patient and helpful, in the end it came down to manually calculating the real amount as we had to take that daily interest into account. There was some overall confusion on how to approach it and the bank had to call their own support to ask for clarification. It's not every day that someone comes to redeem a mortgage.

We were told that whatever we overpaid, the bank would give back to us, but that was a slight problem. We didn't have enough for the next rate so if there was an automatic attempt to deduct it from our account it would have bounced. We canceled the direct debit and hoped for the best. Everything was in order in the end.

It took a few days for the paid amount to be processed, we got refunded a few cents and eventually they closed the mortgage account, which disappeared from our app. A few more days later, another letter appeared in the mailbox with a confirmation that everything was OK and reiterating what they did.

We were also told we would be informed when the deeds were ready, but this notice wasn't coming so we sent them an email. Apparently, they had arrived just the day before and were ready for pickup. This was a few days ago before writing this, and, aside from canceling or changing life insurance, the last piece of the puzzle.

"We're gonna frame them!" turned into "Nope" very fast. It was around 3 kg of paper that we will keep somewhere safe instead. 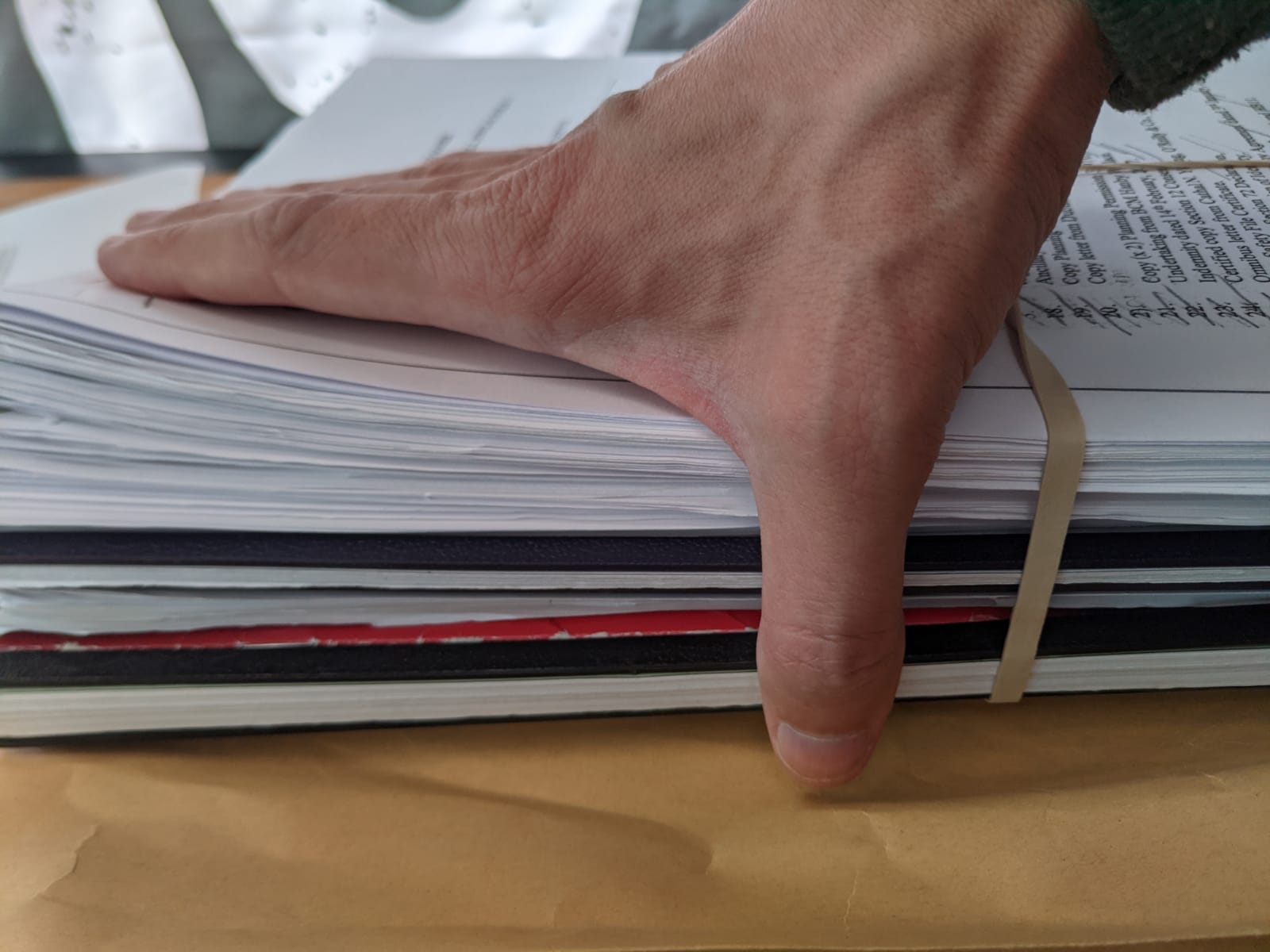 What happened is that because of the pandemic, we saved some money faster. We didn't go anywhere so that was a big plus, but we were still equipping the apartment, so a minuscule minus. I still remember sleeping on the floor for some weeks, and then on the couch for some more months until the bed arrived. It was a journey well worth the wait. Still some things missing, but we're getting there. Just last month we got the lights installed in our storage room. Something we were missing and had to illuminate the place with the torches when we were taking out things.

Usually people have a nice party, but we made a nice meal and had it on the balcony with a glass of wine overlooking the trees across the street with our weak morning glory flowering above us. Idyllic setting comes and goes with the weather here. Not like we wouldn't have done it otherwise, but I guess it called for a celebration.

With variants all over the place, we're still staying put. At least for a bit more.