It's already April, we're still at home and still not traveling so in the past few months we've been ordering stuff online to get the apartment fully equipped. We've been procrastinating with finalizing some things and we're still missing some functional items in the apartment before we start decorating, or at least put in some effort to amend the current naked-wall aesthetic. We deliberately went for a smaller loan, but that didn't leave us with a lot of spending money so we've been catching up. In our minds, every little bit matters.

By the end of April the restrictions did loosen up a bit so we managed to move around the city. The outskirts can be beautiful in the right places. 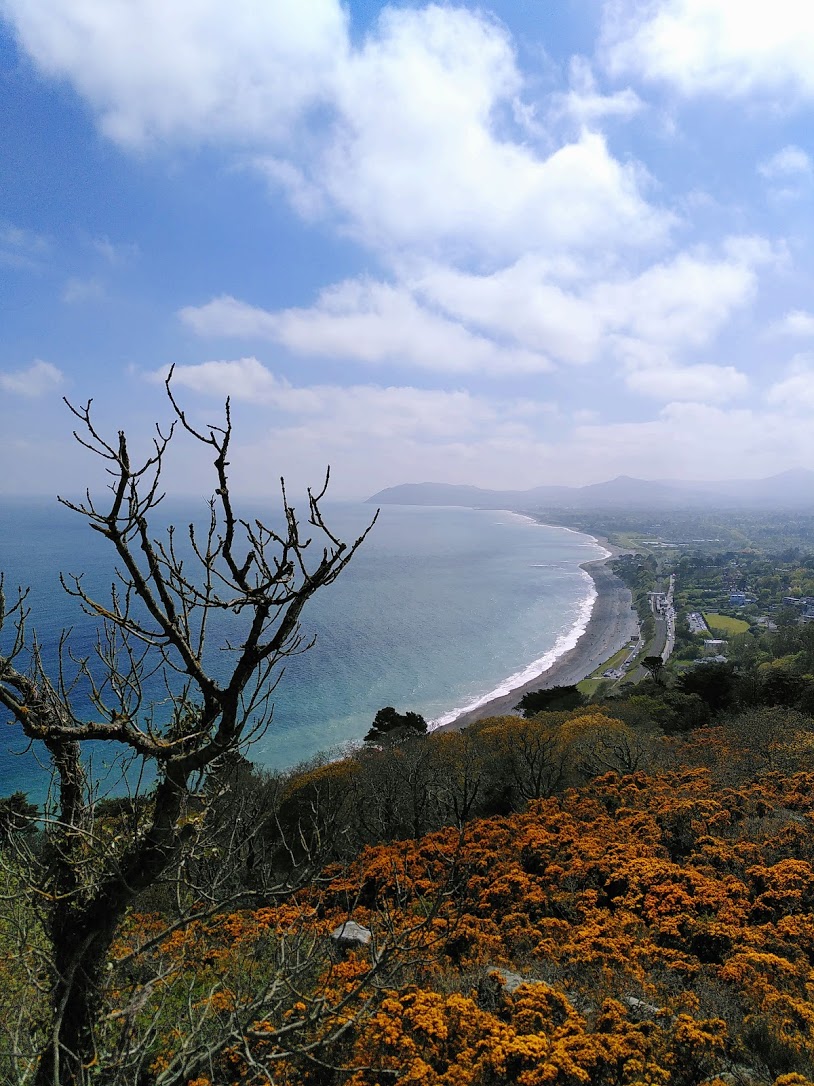 This month I was busy assembling flatpack furniture, screwing things in place, moving things and bringing everything together. Hopefully, in a few months' time, it will all be done. I keep saying that and we keep ordering new things, but progress can really be seen as the time passes. Our makeshift workroom (and the rest of the apartment) is starting to look like something.

This time we ordered some shelves and a motorized desk from Ikea (and it took them a month and a half to get the delivery ready because of the pandemic) and then some trinkets from various places online. We still had to do a quick run in the nearby hardware store to get whatever we missed.

We installed shelves in the storeroom and the workroom, which was long overdue. The new shelves let us use more vertical space to store the things that have just been lying about. We put several on top of our wall bed and it looks great. We're still missing some of the inserts for them, but they didn't have them available online so we'll have to wait again. One of them was also slightly bumped, but it's not noticeable. It's not really ideal when new purchases already have signs of wear and tear, but we really didn't want to go through the hassle of exchanging things.

Working from home is becoming a new normal and organizing the space can be challenging. We used the opportunity to move things about to economize the space, got a new extension cord and some fixings to deal with the cable chaos. My powered USB hub finally got a free dedicated outlet so I can use it for plugging in even more things.

The desk is from Ikea's Idåsen line, a motorized standing workdesk that is quite heavy as I soon found out. We managed to get it inside and assemble it and for three days everything hurt, but it was worth it. When it goes up, my posture changes so I can feel the effects almost immediately. My spine will reap the benefits and my future self will thank me later. The desk also has the bluetooth connection. I saw it the first time in one of Armin's tweets about automating his desk. I figured that it wouldn't hurt for me to automate it with the Home Assistant as well so I'm working on it. For now it only works while holding down the physical switch or the virtual one in the Android app.

The desk I had before was really a kids' desk and it would be an understatement to say that it wasn't really suitable for someone of my height. I had some 15 cm to move the mouse around and barely the space to place the keyboard. My desktop computer languished in this state for years. But now, with a bigger desk depth and no back on the desk it meant that I could install the monitor arm I had bought a year ago. This freed so much surface so I am looking forward into finally getting back to drawing again. My drawing equipment and the hardware now fits properly and the mouse sensitivity was adjusted accordingly.

Regarding the other trinkets that got delivered, one of them is a Broadlink RM4 pro S universal remote. It can replace all the remotes we have in the apartment so there's less space and batteries used. It also tracks temperature and humidity (although I don't need the temperature tracked because the thermostat takes care of that) and it can be connected to the local network. This means that I can also add it to the Home Assistant and write up some scripts to turn on multiple devices at the same time or automate the dehumidifier that we have in the apartment to turn on only when it needs to. It's useful because there are some devices that are not smart, but get smart when this is in play.

We also got some gardening equipment so I fully expect to write about it some time in the future when I get all the hardware assembled for it.

After well deserved rest and recovery, and getting into the daily routine with the new setup, I tackled the software side, which was easier, at least physically speaking, but there are still kinks to be ironed out.

I was playing a bit with Home Assistant, concretely the Spotify integration detailed in the previous post. I expanded that one with Spotify turning off after a few minutes just before the morning exercise. I've also supercharged the morning routine with four more things:

First two things are done with Home Assistant, the third is a straight-forward thing to do and the last one uses Push2Run which receives a command through Google Assistant routine functionality. It all works perfectly. If you want your Windows PC to do things on the Google Assistant voice command, I recommend that you explore Push2Run.

I also did the script in the Home Assistant for turning on all the hardware for when we want to watch our streaming services. For some reason, CEC is not working for me. I need to investigate it further. I had to go through Home Assistant for that because Broadlink cannot cover all of it. Namely, the gaming console had to be triggered separately with another service call where the console is set up as a media player device in the Home Assistant.

I mentioned the extension cord and the powered USB hub. This is connected to the brain of the whole thing, the Raspberry PI. I cannot thank my friend enough for giving it to me. It is an amazing moving in gift that I have so much fun with. There's Docker on it and I install services through it. Home Assistant is one of them. Others, well, for the next time.